Amp up your GPU with the latest features including TriXX Boost, Fan Check, NITRO Glow and more!

Are you getting the best out of your SAPPHIRE NITRO or PULSE Graphics cards?

You might not know that SAPPHIRE's TriXX software is the key to unlocking their power. With SAPPHIRE TriXX you can tune your card's performance to the max and save custom settings for your favourite games. SAPPHIRE TriXX ver 7.0 has been redesigned with a  deceptively-simple interface featuring the New TriXX Boost, NITRO GLOW, and Software BIOS Switch.

Check out how your SAPPHIRE Graphics card can benefit from the new TriXX !

Hardware and software features of the graphics card.

The TriXX Hardware Monitoring allows gamers to monitor in real time the various data points of the graphics card. This feature assists with overclocking and even trouble shooting. 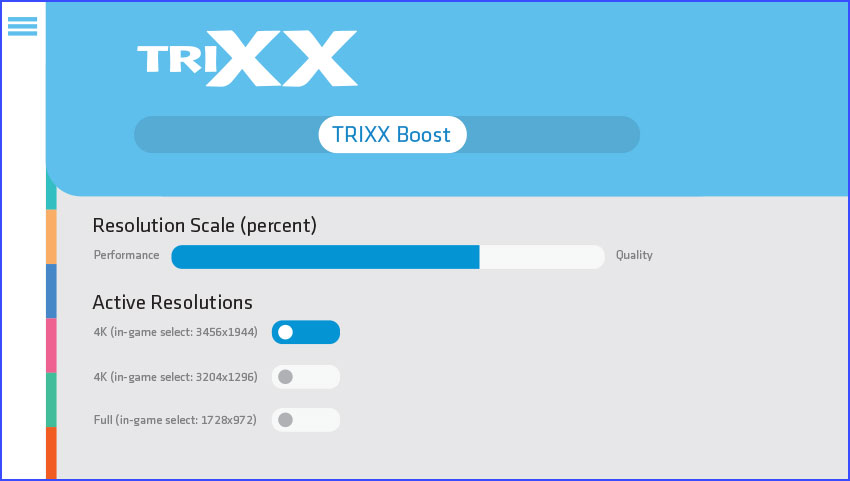 TriXX Boost enables gamers to run games at a higher FPS by reducing the rendering resolution and up scaling the final output image by integrating Radeon Image Sharpening. 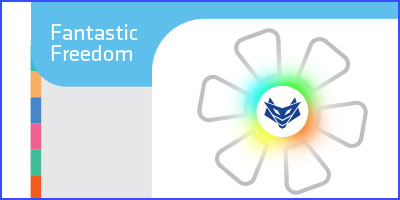 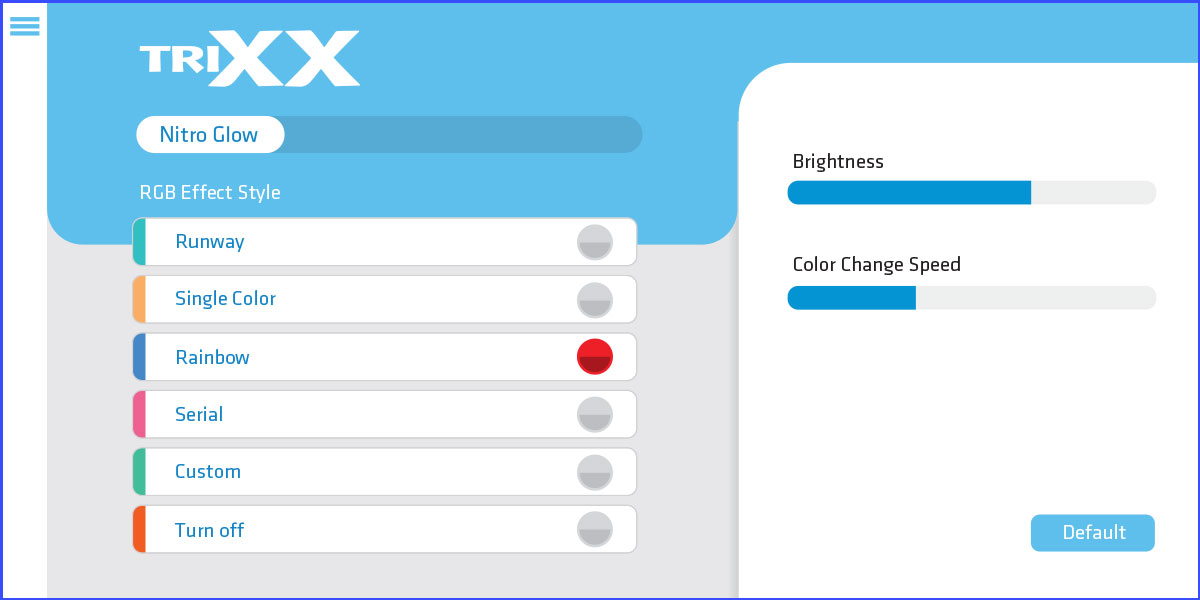 Working with the on board MCU on NITRO+ Series, NITRO Glow utility has been significantly expanded and improved in the new NITRO+ products.**  NITRO GLOW now supports 8 modes on the new NITRO+ RX 5700 XT including new modes such as Audio Visualization and external RGB source. 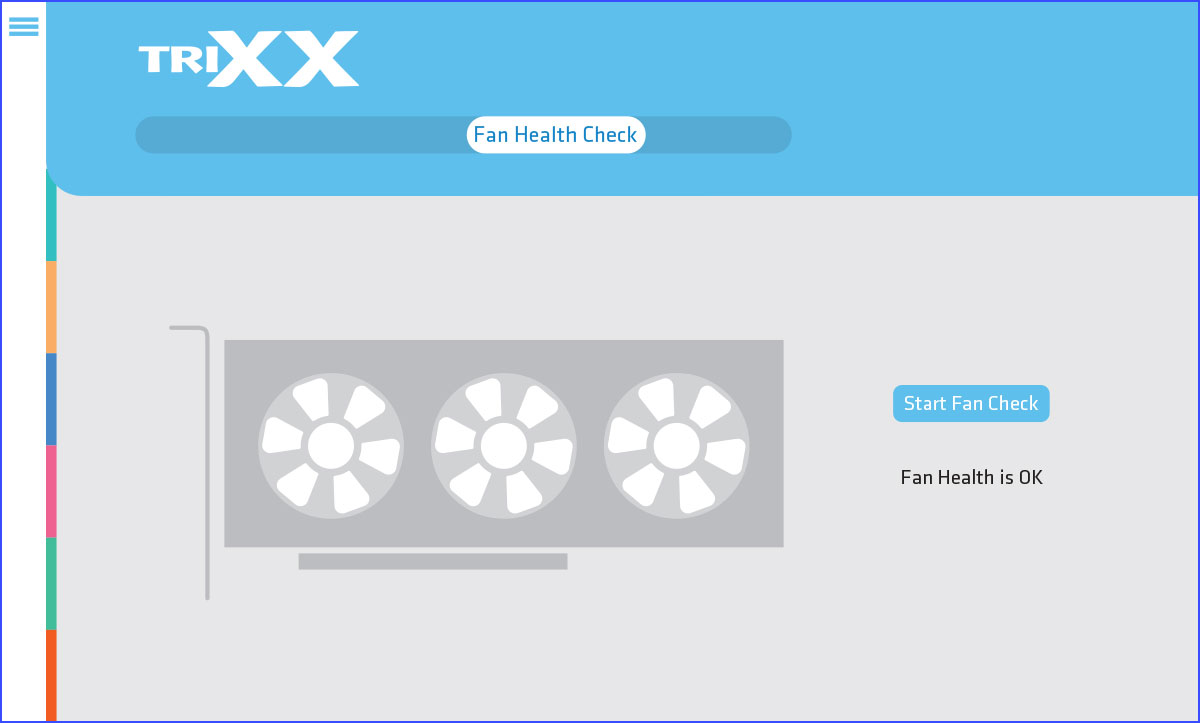 * Fan Health Check is supported on the NITRO+ Graphics Card Series Products ONLY.

To operate the NITRO GLOW feature on these graphics cards, please download TriXX Ver 6.8  directly from the product page of your graphics card located on SAPPHIRE's website.

SAPPHIRE will fix this issue in the next version of TriXX.