From its inauguration in 2001, SAPPHIRE commemorates 20 years of technological innovations

October 2nd, SAPPHIRE Technology celebrates 20 Years of business and innovation within the PC market spanning numerous award-winning product lines across multiple component categories. In appreciation of this important landmark, we would like to thank SAPPHIRE’s staff, associates and customers for their creativity, dedication and support that has helped to shape SAPPHIRE’s business success. Let’s take a look back into the milestones of the last 20 years!

In 2001, SAPPHIRE was founded as one of the first Add-in Board partners to supply ATI (now AMD) Radeon based graphics cards

The ULTIMATE series was SAPPHIRE’s first production GPU in 2005 with a heat pipe cooling solution with the SAPPHIRE ULTIMATE X800 XL. This product launched alongside the SAPPHIRE TriXX software as a new overclocking tool to accompany the card with features including temperature and fan monitoring, custom overclocking, and fan speed control.

In 2006, the TOXIC brand with the SAPPHIRE TOXIC Radeon X1900 XTX was launched for enthusiasts with overclocking out of the box giving enhanced performance accompanied by special coolers and product packaging. That same year, the PURE CrossFire PC-A9RD580 motherboard was introduced with a unique white design alongside extreme overclocking and expansion features based on the CrossFire Xpress 3200 chipset and SB450 Southbridge to support the powerful and highly acclaimed AMD Athlon64TM.

An expansion into the digital lifestyle products with the Digital Picture Frame Line based on the latest digital TFT LCD technology with a brightness of 250cd/㎡, bringing brighter began in 2007. Followed by the creation of the incredible ATOMIC brand of graphics cards for the ultimate enthusiast hard core gamer. This first high performance card with a single slot cooler was achieved by pioneering the use of Vapor-chamber cooling technology.

In 2009, SAPPHIRE launched the PURE PSU range for PC Enthusiasts using aluminium capacitors to ensure power stability and reliability to deliver enthusiast products for the most advanced rigs with the future proofing modular cable system. Later in the year, SAPPHIRE launched the SAPPHIRE ATOMIC HD 4890, the world’s first graphics card on the market running at a core clock speed 1GHz and 1GB of GDDR5 memory with clocks of 1050MHz to become the fastest ATI-based single core graphics card.

The SAPPHIRE FleX series in 2010 was introduced as the first exclusive Radeon solution to support three DVI screens in Eyefinity mode without an external active adapter. An iPhone-compatible mini-projector powered by multi-chip LED technology was added to the product selection shortly afterwards.

The SAPPHIRE EDGE-HD Mini PC with Intel Atom launched in 2011 as a high performance and portable, lounge-friendly small form-factor PC.

An innovative cooling solution that offers a good compromise between cooling, noise and overall cost, the SAPPHIRE Tri-X graphics card series first appeared on the scene in 2013 with the launch of the R9 280X Toxic Edition based on AMD’s Tahiti GPU. 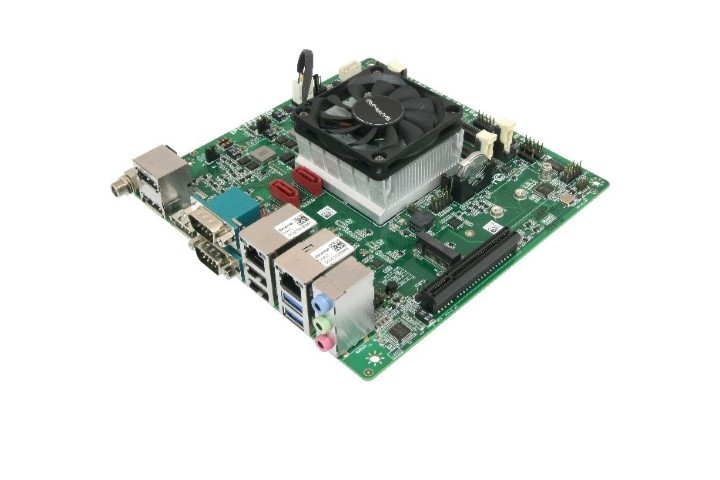 The remarkable NITRO+ series renowned for beautiful design, high-end quality components including award winning cooling solutions and shroud enhancements first appeared in 2015. To mark this occasion, SAPPHIRE NATION was conceived to foster a community for gamers and a platform for SAPPHIRE fans to get the latest news on the industry, esports, events and contests. 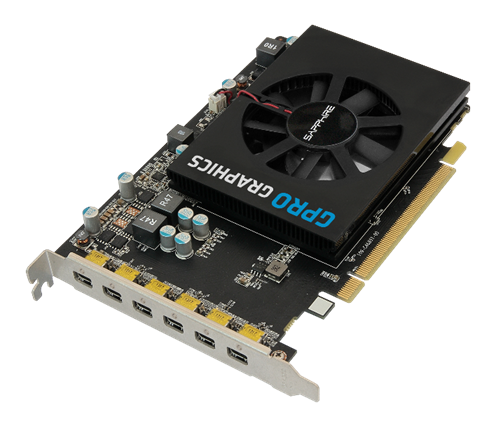 The GPRO Commercial Graphics Series was added as part of the SAPPHIRE Professional lineup in 2016, built to deliver digital signage and multi-display solutions for commercial spaces driving up to 6 displays with low power consumption.

In 2017, the PULSE series of graphics cards rose to the challenge of offering decent performance at an affordable price with the AMD Radeon RX 500 Series GPUs. Subsequently, the Compute Solutions Division was launched to handle graphics-intensive workloads, such as 3D rendering, 3D visualization or virtual applications offering the best combination of CPU and GPU technologies to deliver ultra-performance processing.

2021, earlier this year, marked the return of the legendary SAPPHIRE TOXIC product line with the AMD Radeon RX 6000 series.

Celebrating 20 years of an iconic brand:

“On behalf of the Executive Team, it is a matter of great pride for everyone at SAPPHIRE on reaching this fantastic milestone. We are proud to be a company that embraces a value system dedicated to developing award-winning products for our loyal customers. We look forward to continuing this tradition of bringing innovation and cutting edge technology to market.” – Adrian Thompson, SAPPHIRE Tech Senior VP of Global Marketing

20 Years. An exciting milestone filled with many technological advancements. Looking forward and ahead to the next 20 Years!